Last week we had a visit from Inder Monga, director ESnet, Lawrence Berkeley National Laboratory. In this visit we had many discussions on the already 2 decades of working together on different advanced networking topics. In particular we are starting up cooperation on Quantum Networking and we are a partner in the experimental networks testbed FABRIC, where prof. de Laat serves on the Scientific Advisory Board. FABRIC (FABRIC is Adaptive ProgrammaBle Research Infrastructure for Computer Science and Science Applications) is an International infrastructure that enables cutting-edge experimentation and research at-scale in the areas of networking, cybersecurity, distributed computing, storage, virtual reality, 5G, machine learning, and science applications.

Later this year (components shortage permitting) we will receive a FABRIC node in Amsterdam for our students and researchers to experiment on with our programmable networks and data exchange research.

On Friday July 8th Inder presented a colloquium with the title:

ESnet: Advancing networking for Science and the science of Networking

Abstract: Research and Education networks play a key role in providing the data infrastructure to accelerate scientific discovery. This talk will discuss how the leading Department of Energy user facility in the United States, ESnet, contributes to scientific discovery and the set of network research activities including quantum networking currently in progress.

Biographical Sketch: Inder Monga provides research and technology direction, actively leads research projects and manages software engineering efforts for ESnet. He focuses on advancing networking services for accelerating collaborative and distributed science, as well as contributes actively to efforts in the industry related to Software-Defined Networking, Science DMZ, performance management as well as the Advanced Network Testbed Initiatives. He is appointed as the chair of ONF’s Research Associates, and contributes actively to the Global Network Architecture activity. Monga’s research interests include network virtualization, software- defined networking, grid/cloud computing and sensor networking, and he holds 17 granted patents. His work experience in the private sector has included software development, research and network engineering for Wellfleet Communications and Nortel, where he focused on application and network convergence. 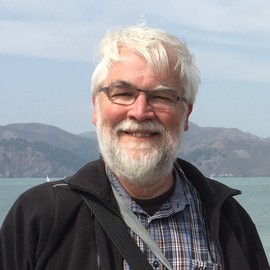